The project concerns the conservation, restoration and development – with the introduction of new structures – of a key property in the historic centre of Modena, a process that will invest a high-profile site with new purpose and, effectively, reunite the city with an invaluable asset. A complex space, the site has the potential to form important links – in both a physical and abstract sense – with neighbouring districts in terms of both social engagement and urban planning.

By the end of the process of rehabilitation, restoration and repurposing, the building will offer a clearer reading of its architectural history: following an early phase characterised by near-total consistency – in terms of both the forms included and the methods employed to created them – the structure was repeatedly treated as sort of tabula rasa on which to affect a series of transformations, each inspired by a different theory and employing new techniques. 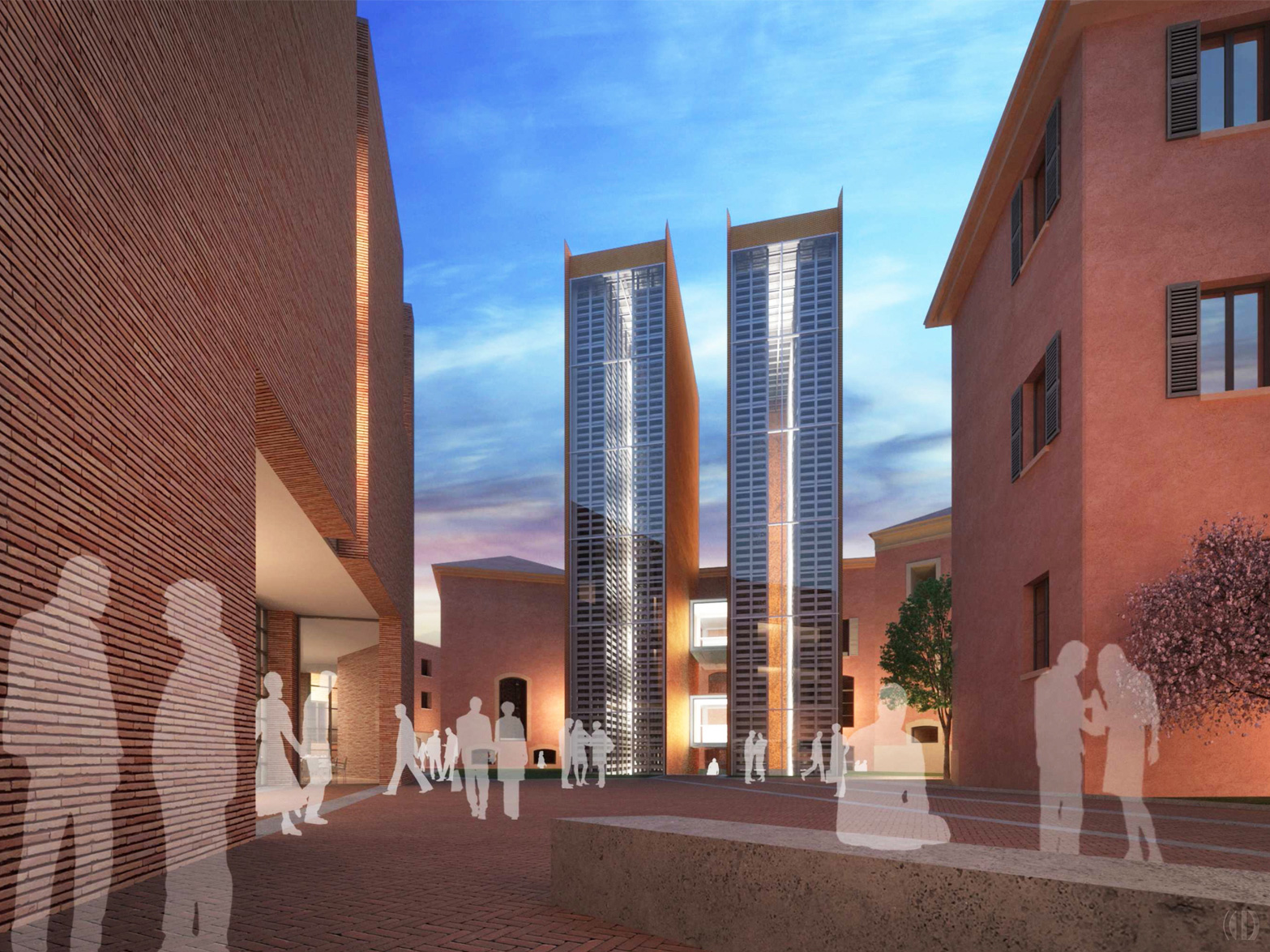 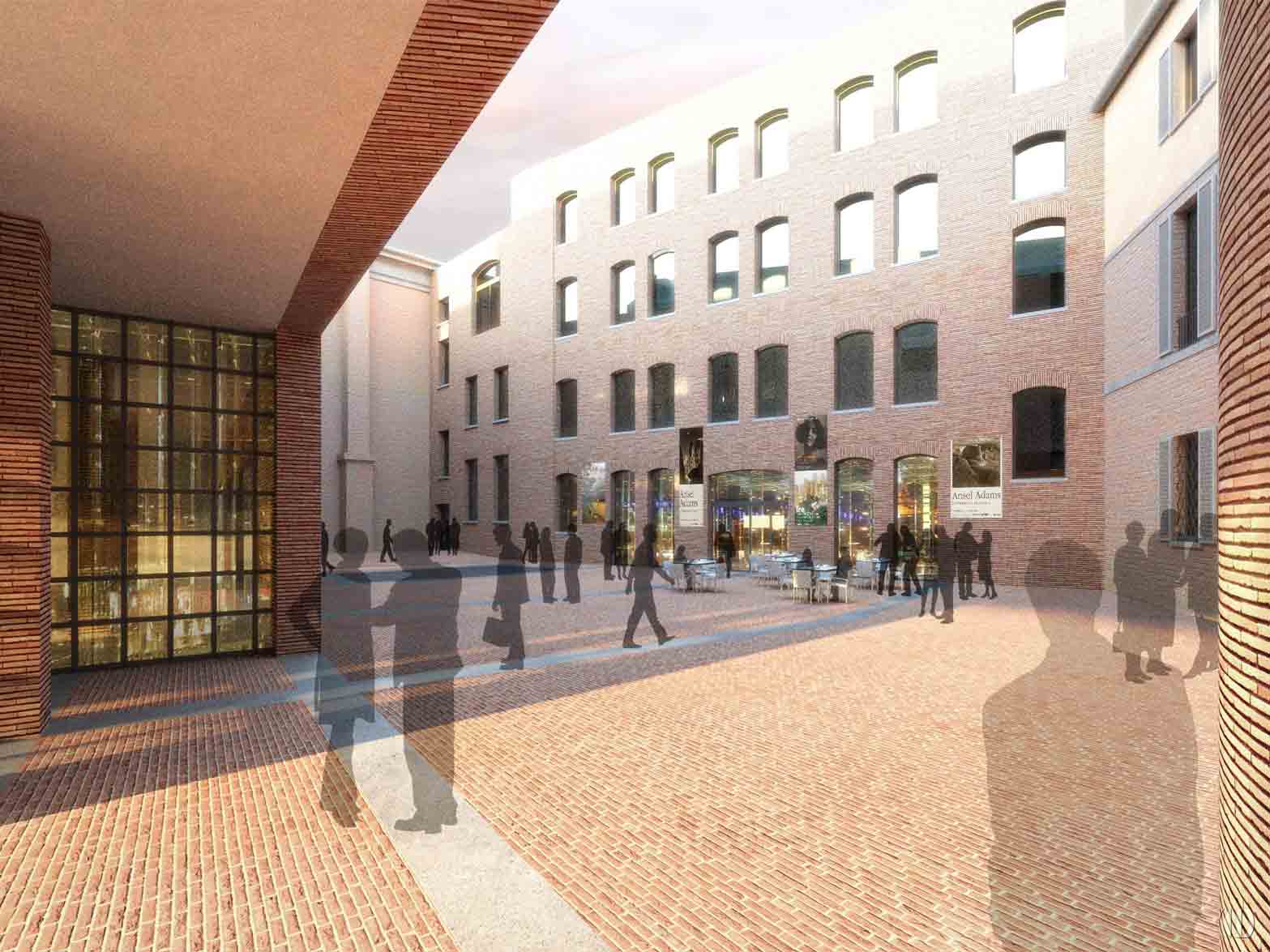 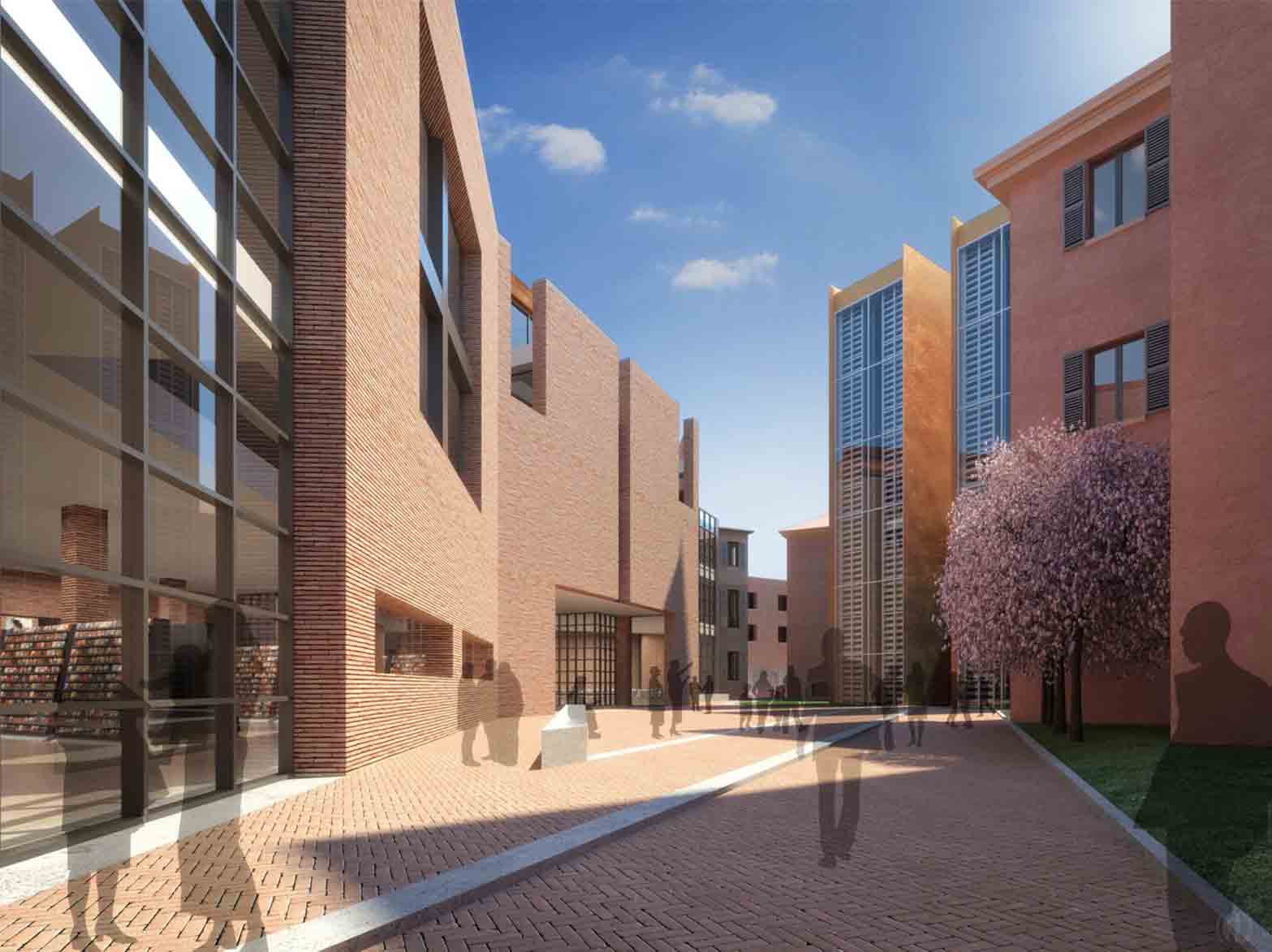 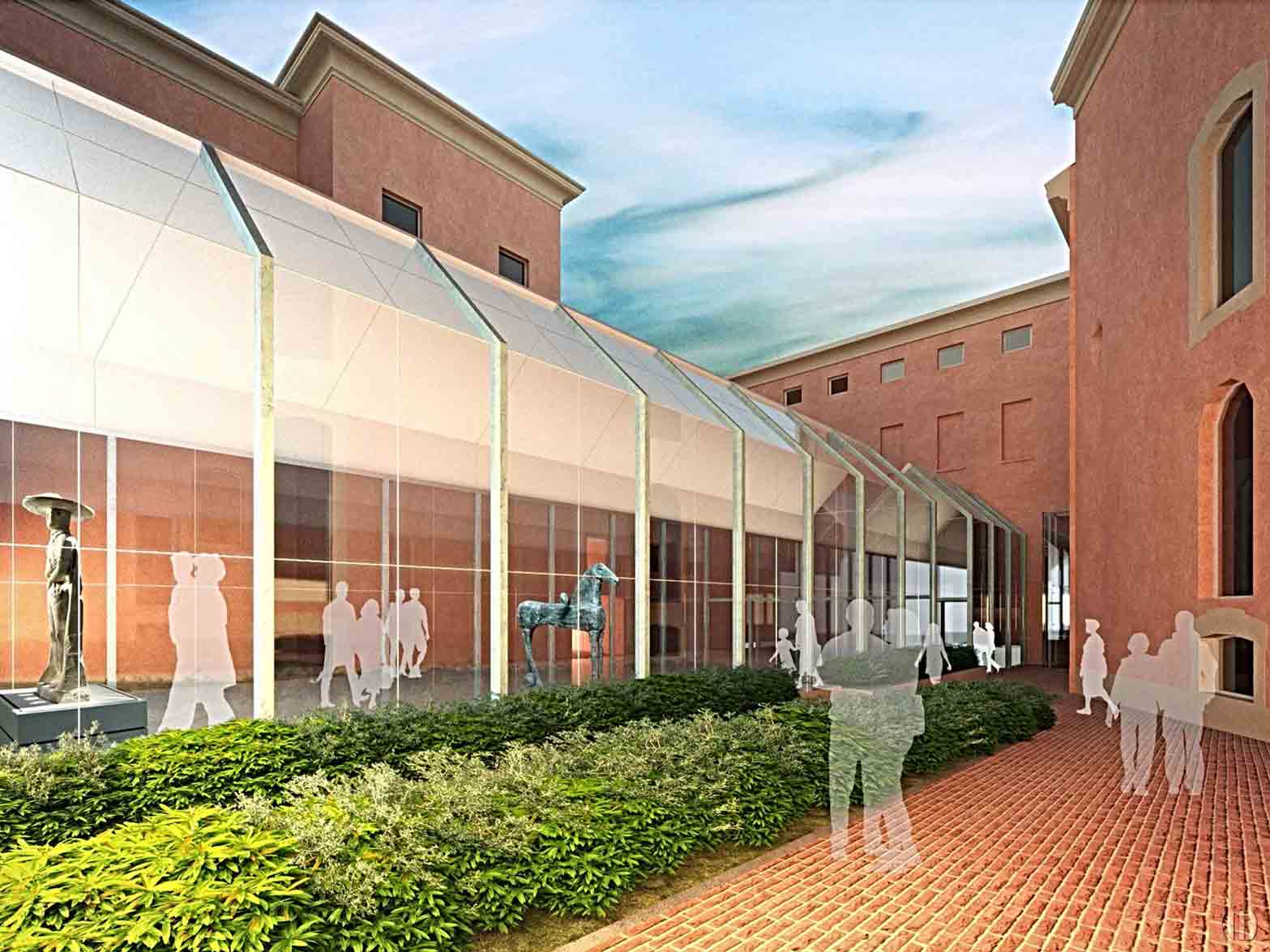 The project was based on an approach aimed at the global sustainability of the intervention following the indications of the GBC Historic Building protocol, aimed at historical buildings and developed by GBC Italia, a non-profit association of which Politecnica is a member.

The scope of the project goes far beyond any simple process of returning the building to its former state. Indeed, in addition to the restoration work, adaptations will be made to bring the building into line with technical and regulatory standards, while the exterior spaces will also be recuperated. In terms of how the structure will be used, the finished building will accommodate a number of key cultural initiatives in the form of: the Polo Bibliotecario, a hub for the city library system, housing the collections of the Biblioteca Estense and the Biblioteca Poletti, which are currently in the Palazzo dei Musei; the Polo Espositivo, a new venue for exhibitions that will focus on fine art and the collections of the two libraries; the Photography and Image Centre, which will include the Photography School and its own exhibition spaces; the Centre for Linguistics and Internationalisation, which will be linked to the University of Modena and Reggio Emilia; an auditorium, which will serve both the above institutions and the wider city; and restaurants, commercial enterprises and structures offering accommodation to tourists and other visitors. 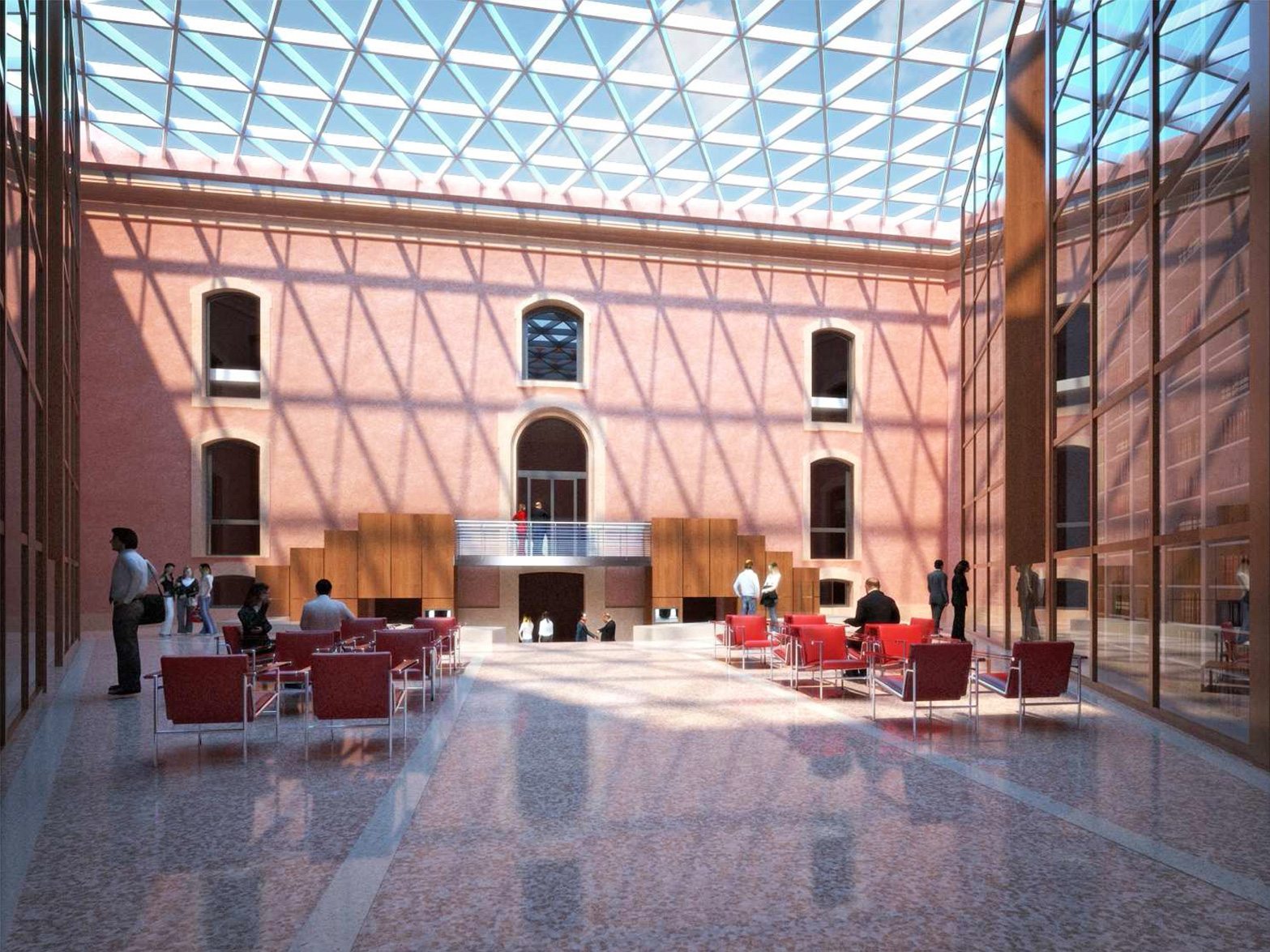 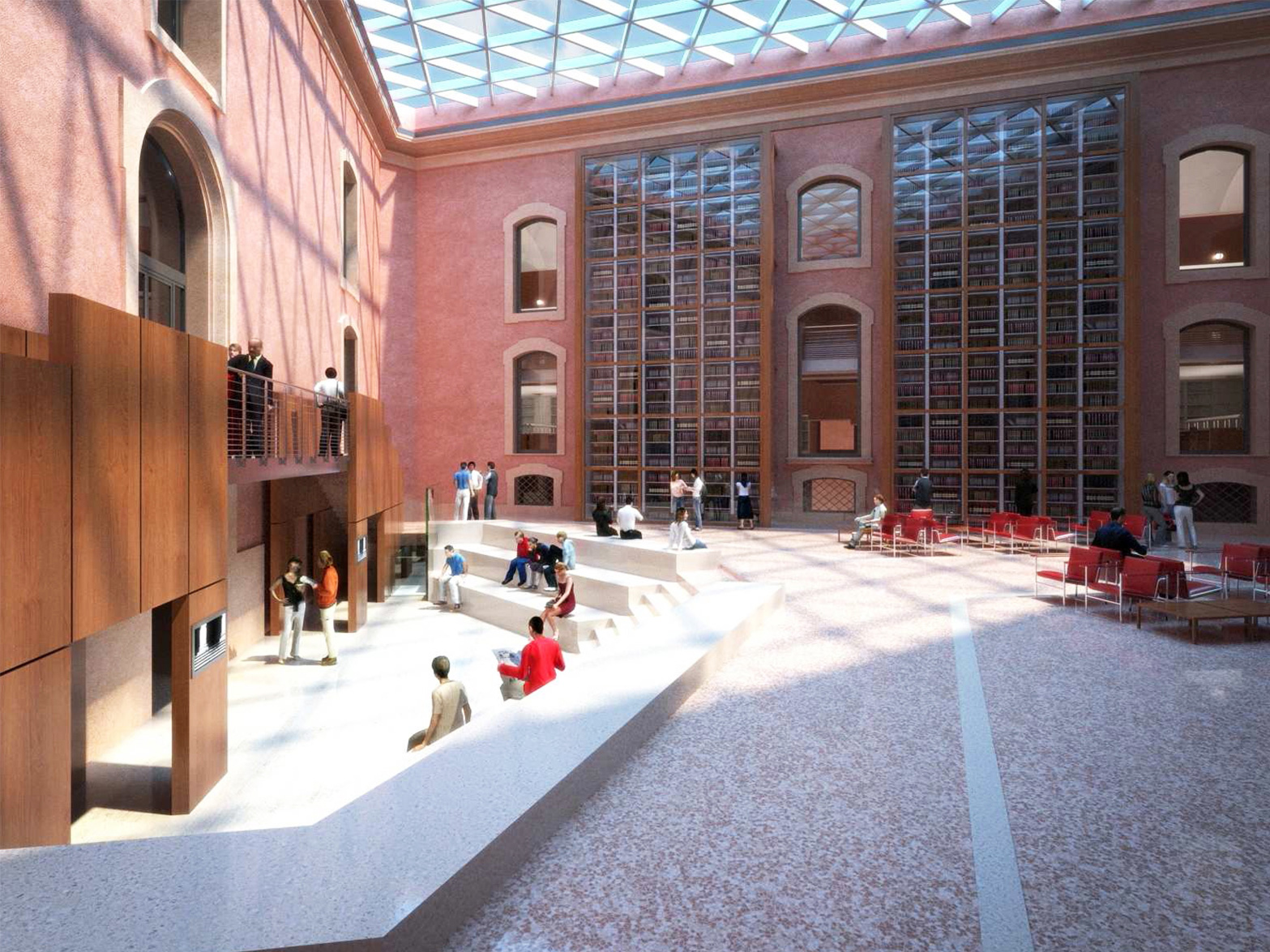 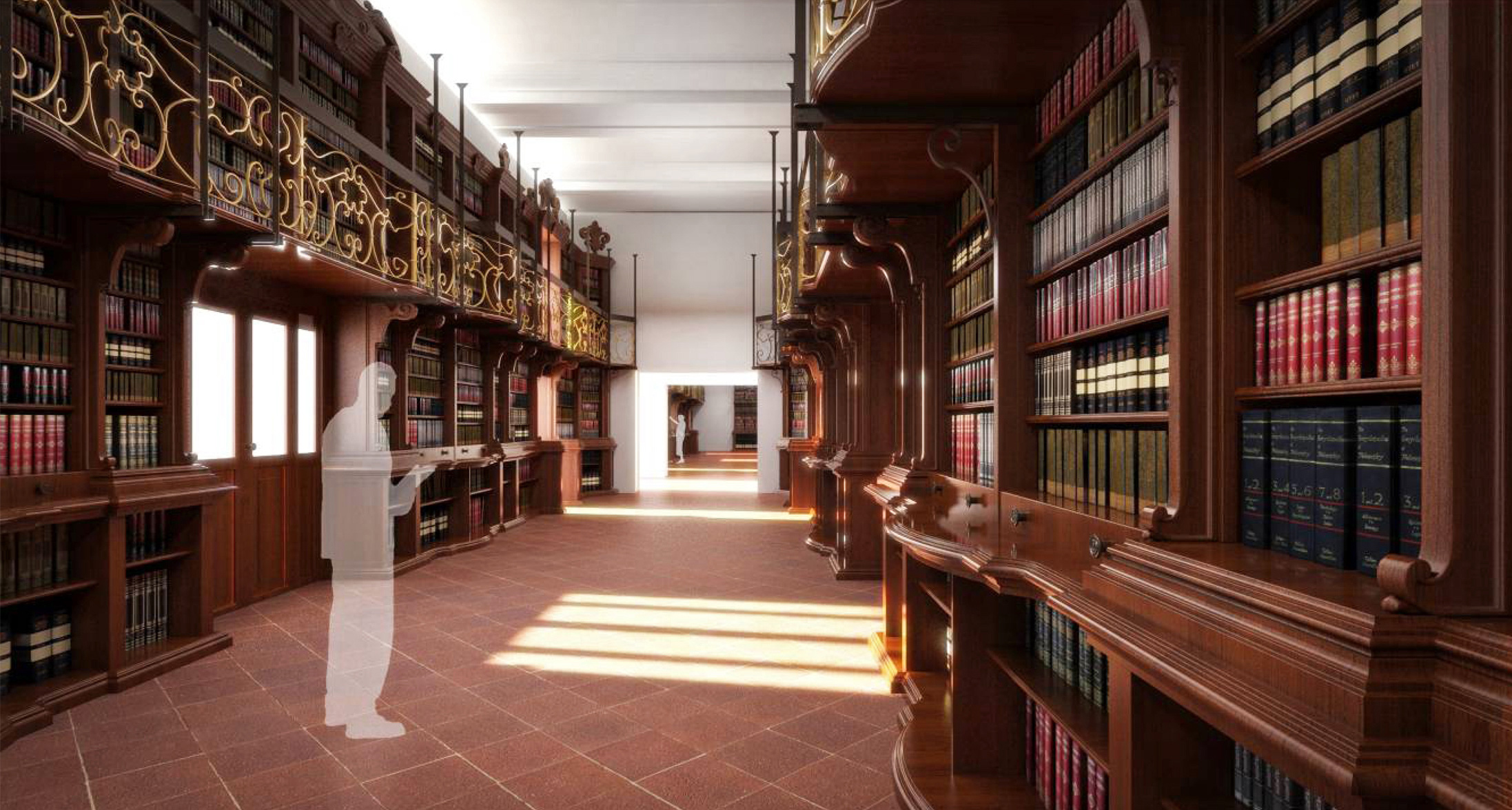 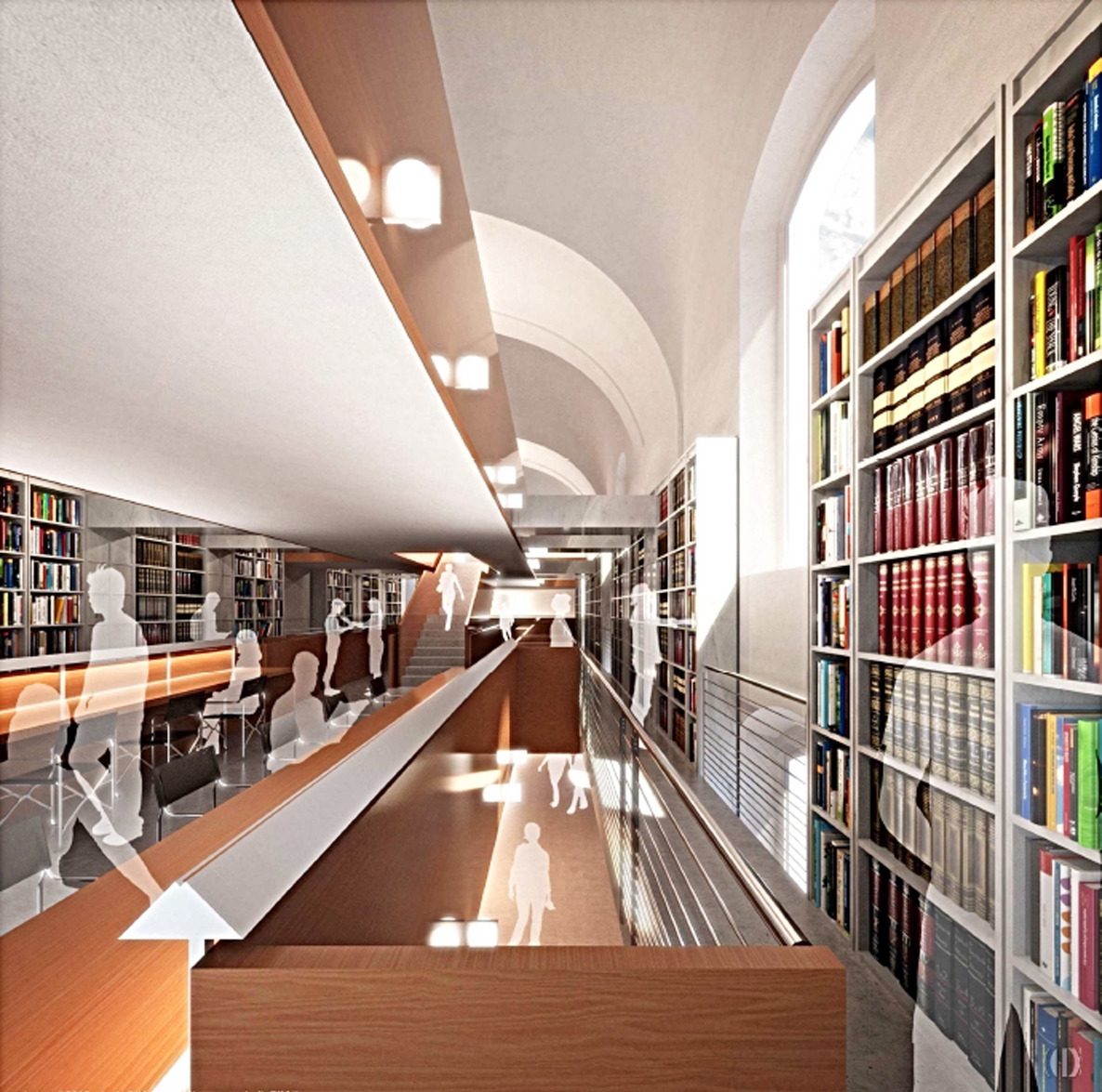 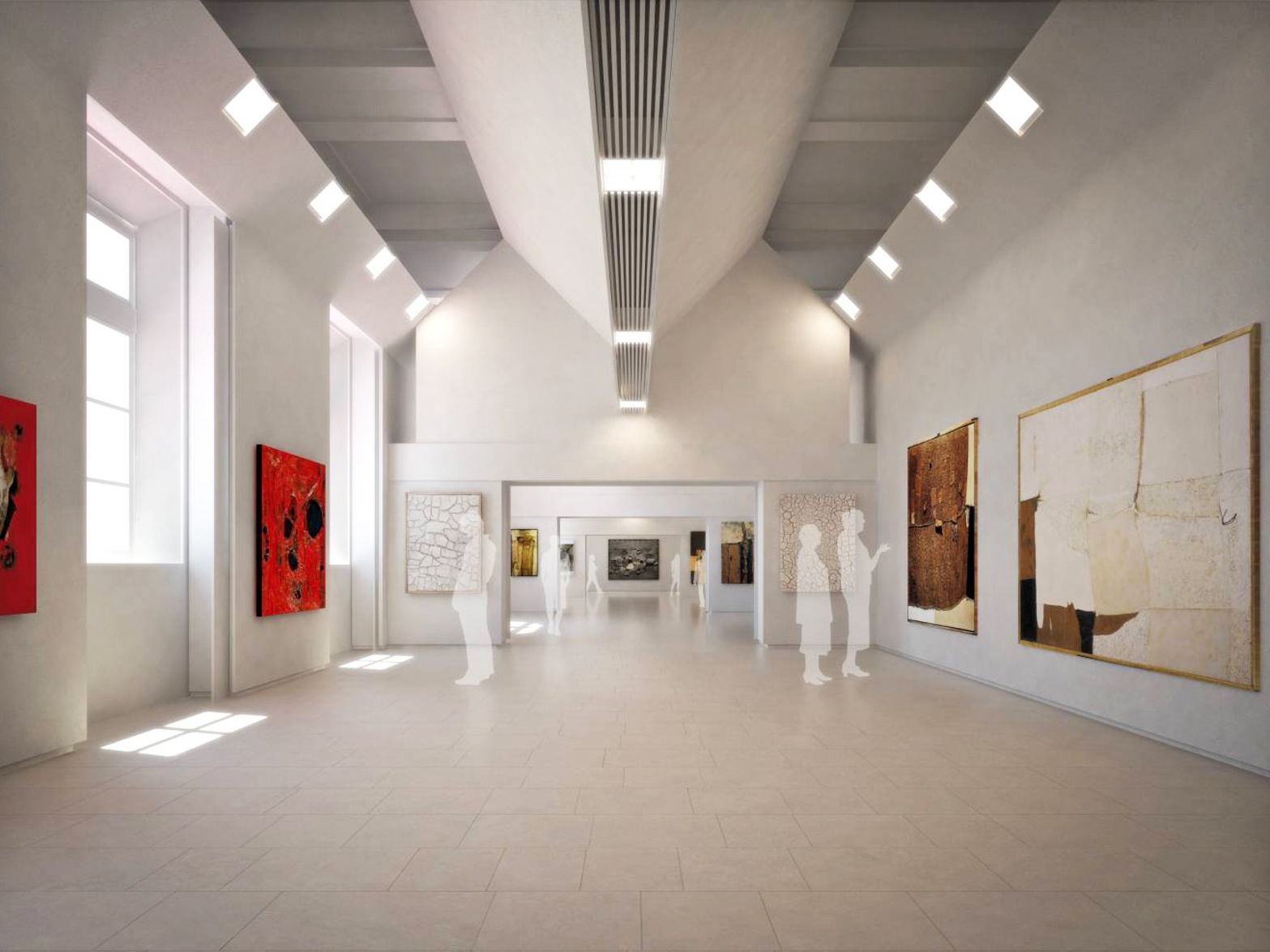 The project seeks to highlight the relationship between the conservation/restoration of old buildings and the new architecture required to make such spaces functional for the future. These two elements are unified in a project that is founded on a rereading of built volumes and spaces, and the routes between them. As such, a number of the choices made during the initial design phases were revisited with a view to reaching a better balance between conservation and innovation.

Politecnica has worked closely with the Fondazione Cassa di Risparmio Modena, which owns the property, offering its support during the process of assembling the project team, and subsequently during the various phases of design and construction, providing a combination of project management, consultancy and technical support services. 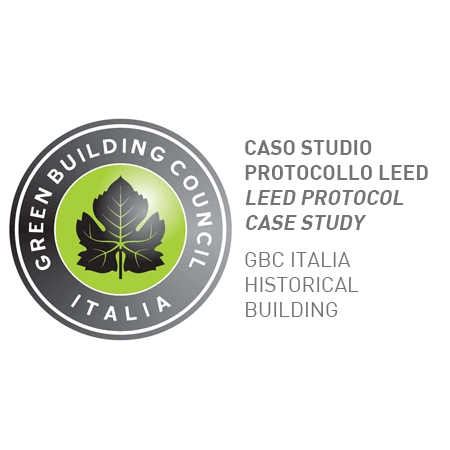