The production site Gambro Baxter in Medolla has suffered severe damage due to the earthquake of May 2012. Most of the buildings that housed the production activities became unusable and not recoverable, therefore they were completely pulled down.

The project is the most significant part of the post-earthquake reconstruction works that comprise also the construction of new buildings destined for general services and research activities (Admin Building and R&D Building), as well repair and seismic improvement of the recoverable building as the Building no. 2 for research and development activities, the Building no. 10 for technical services and granulating plants, and Building no. 11. In addition, reconstruction and renovation of the building designed for the logistics, called DC Low Bay and High Bay, respectively, was performed. 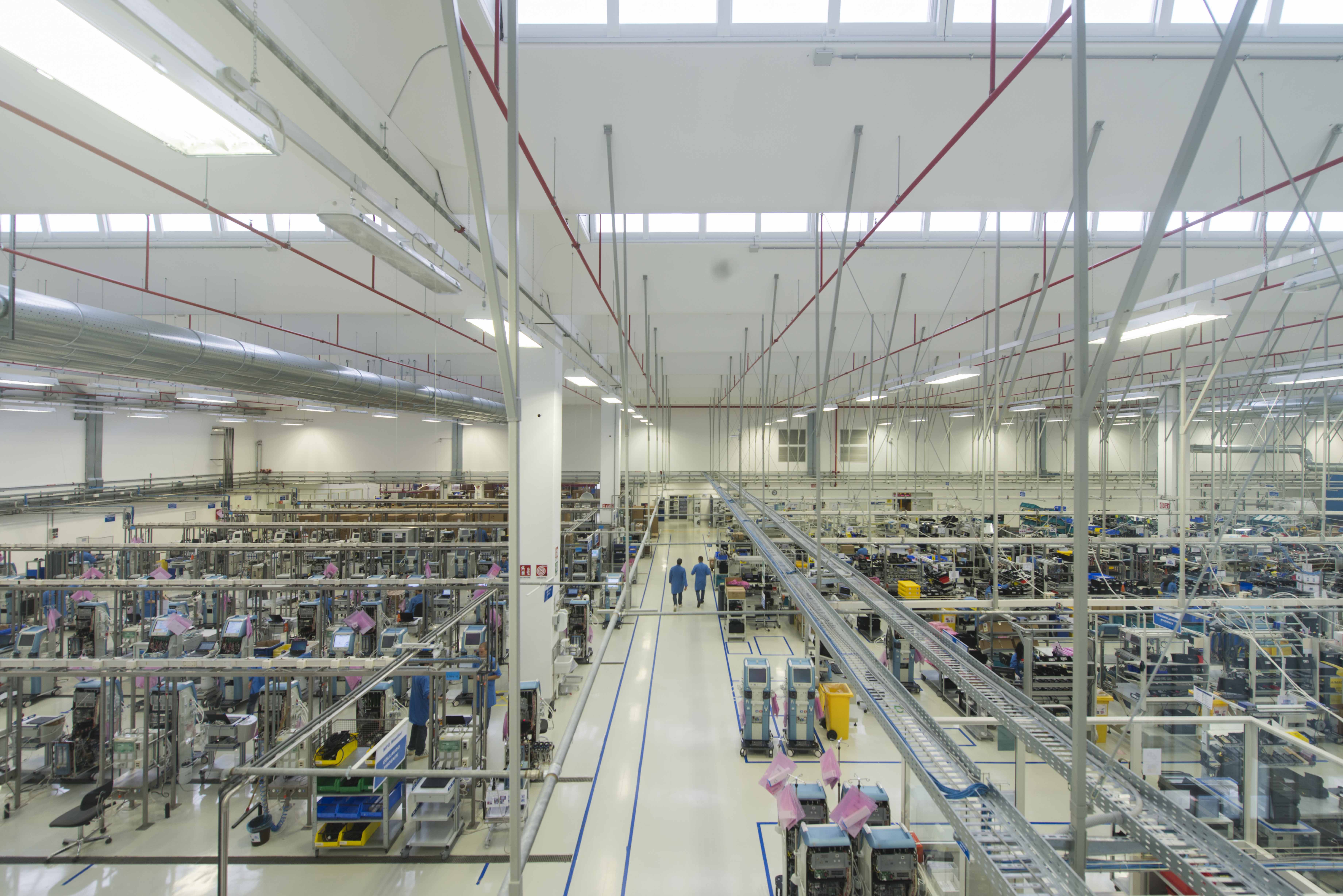 Building of new production premises, called Blood Line and Monitor, is the core of the reconstruction and restarting of the production activity of the plant. Site organizational and distribution choices were based on the willingness to re-set and re-define the relationship between the new buildings, thereby facilitating and enhancing the communication and internal road conditions, while reaching a rational and clear separation between flows of goods, materials and staff.

In particular, the positioning of the office premises of the new building and the expected reconstruction of the R&D building, replacing the actual Building 3 and 4 that are seriously damaged, will enable to obtain the movement of pedestrians internally, while keeping the movement of goods and materials along the suburban route accessed from via Camurana.

Façades of the new buildings, based on homologous construction strategies and the same modular design of the inner spaces, will create a common courtyard, albeit with a layout that was not planned in the pre-earthquake situation.