The building complex of the University of the Studies is located in Sassari historical town, on the edge of the former walled city, with its front façade in University Square and the rear one facing the city public gardens. Established in the seventeenth century as a Jesuit Study, it later became a University. After several interventions for modifications, additions, enlargement and changes in use, in 1782 a portion of it was converted in a tobacco factory, then Monopoly.

The acquisition of the entire Complex by the University permitted its reuse, including premises of remarkable historical and architectural value, so far degraded due to improper use.
The project features an important opportunity for urban requalification: the internal restoration works to redevelop the administrative sector, the seventeenth century boardrooms and the Judicial Department, will allow the proper appreciation of a fundamental area of the old town consisting of the round Tower (the only remaining tower round in shape) and the walls, enhanced in value by refurbishing the portions which were covered by layers of plaster and various implemented variants. 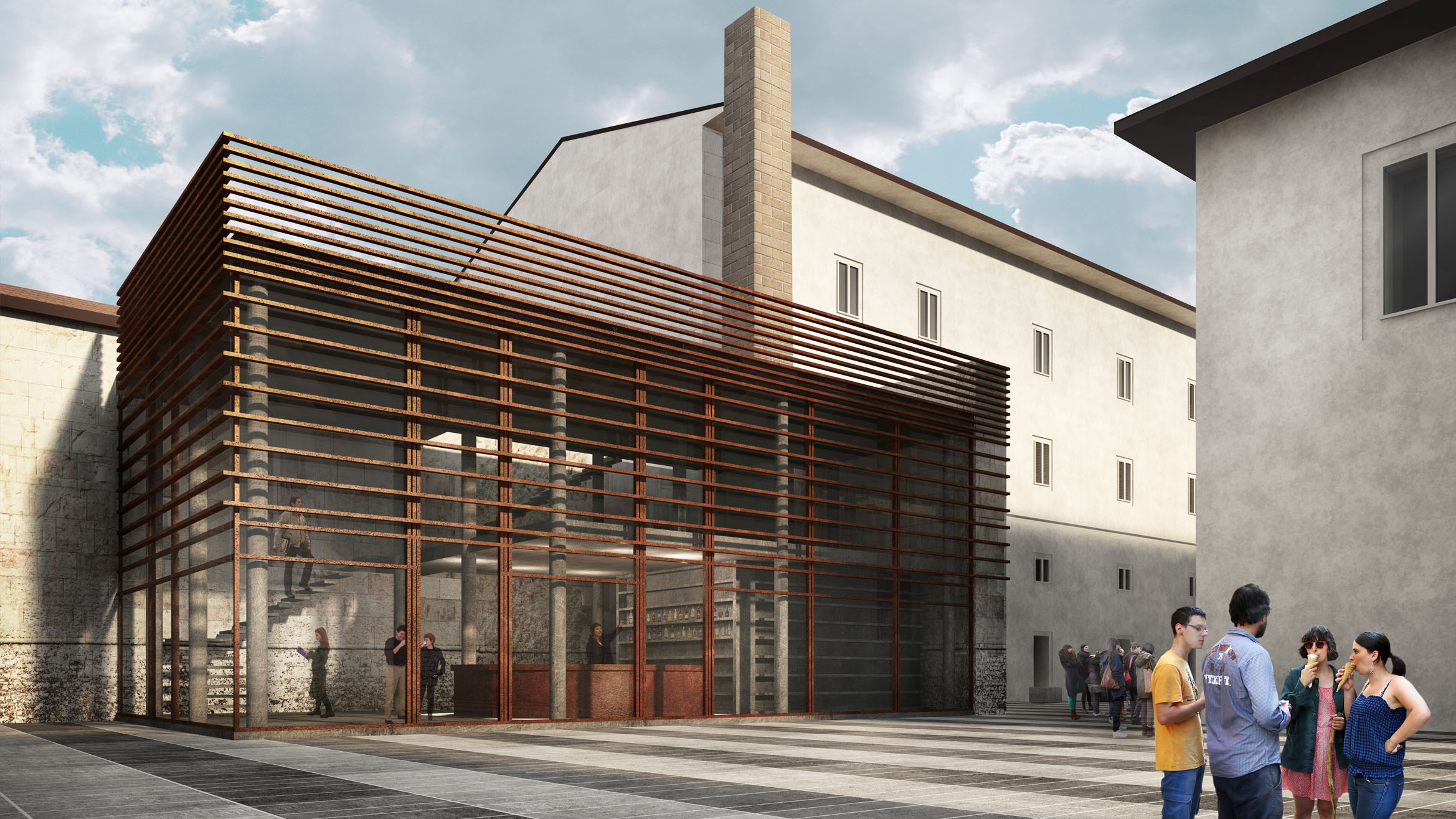 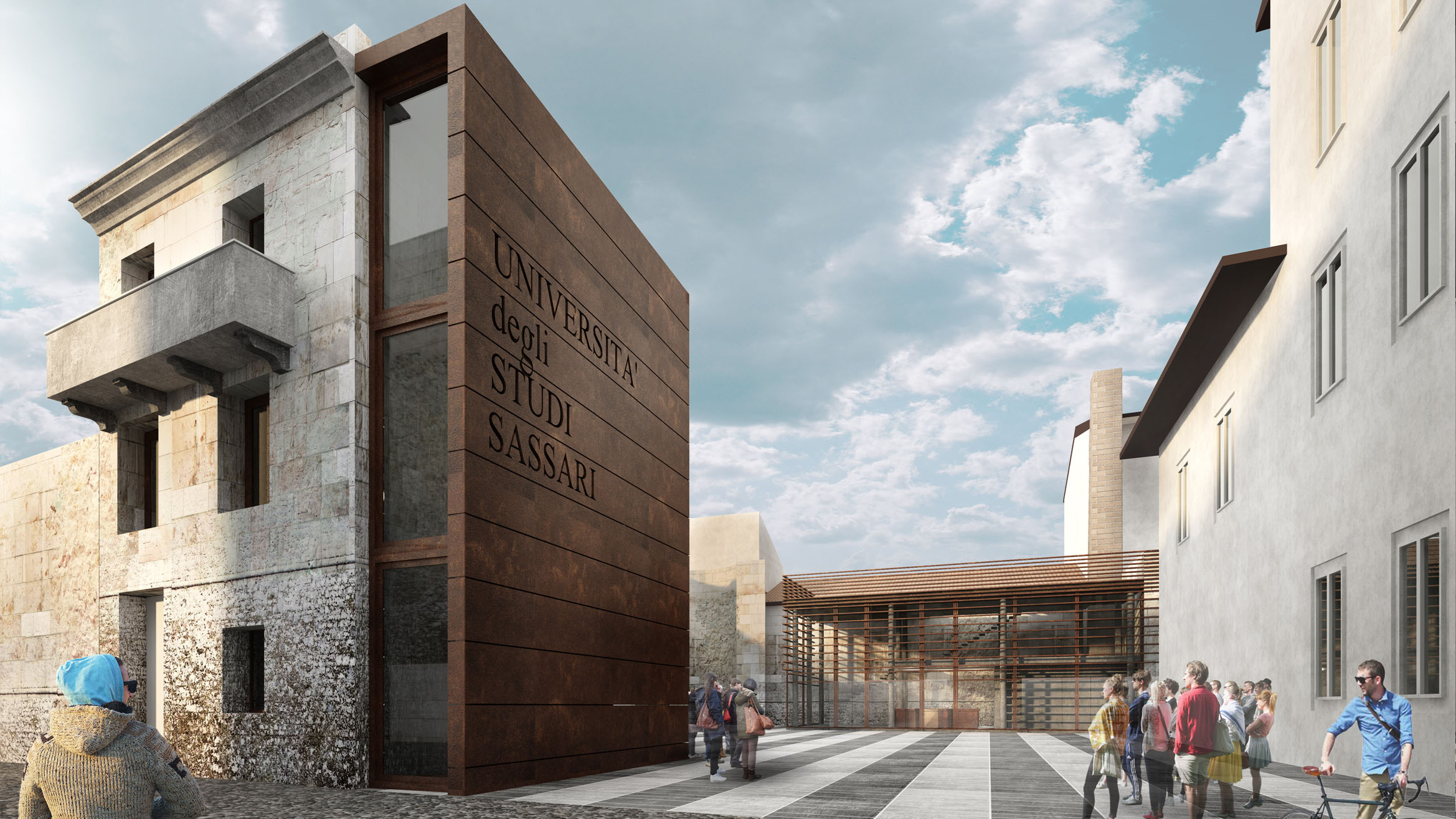 The project priority is to remove all the components introduced in time for a different use from the originally intended one, particularly in the period of the Tobacco Monopoly activity: various technical rooms outside the building, a reinforced concrete shelter; a staircase in the large room with columns.
The demolition of a small ground floor building facing Arborea Street, totally ruined, will show the nice small building with façade on Arborea Street and provide better access to the courtyards. The car parking removal, and the finishing with adequate flooring, will requalify all outdoor areas, returning them to users such as students and all citizens.