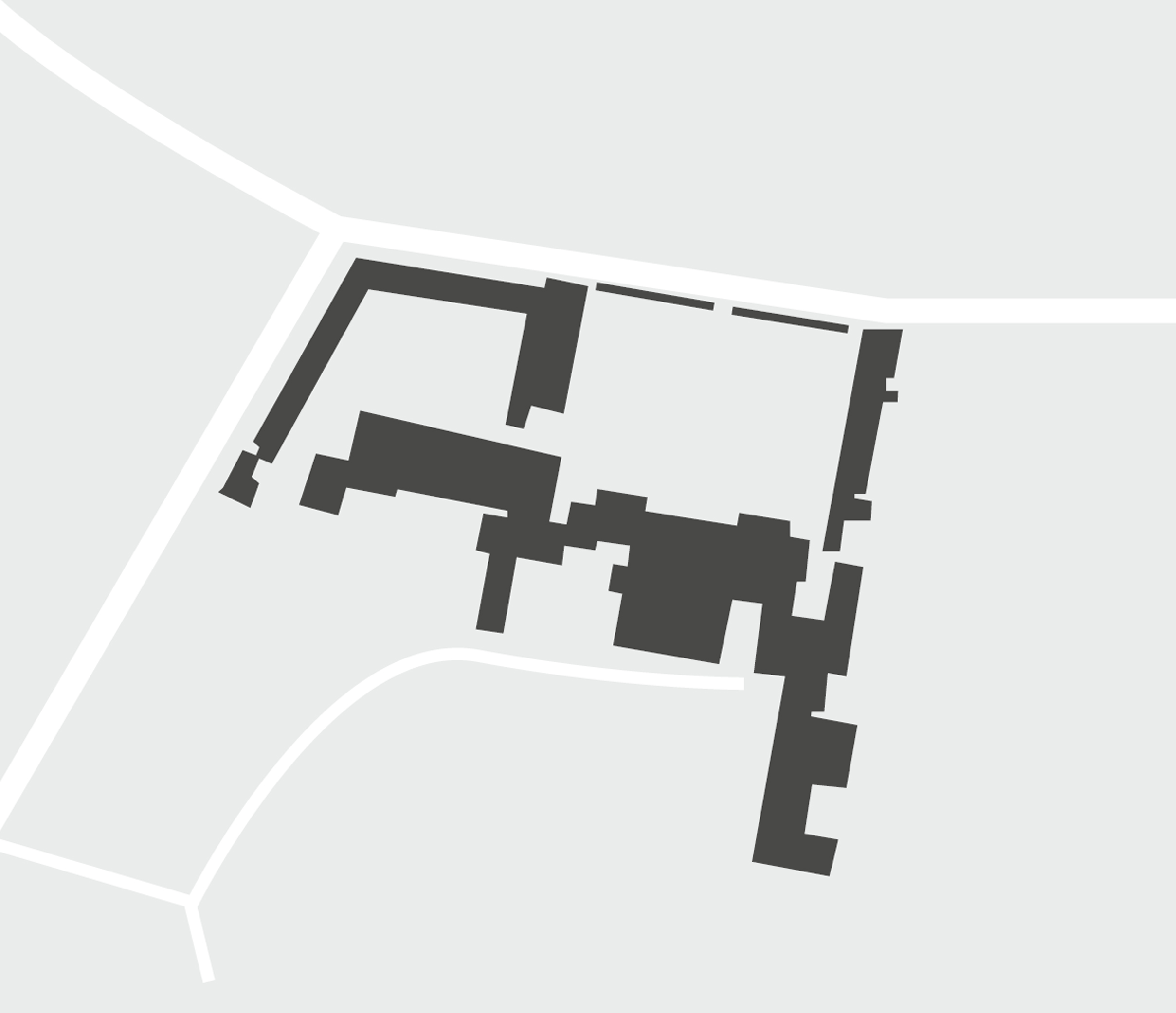 Villa Strozzi requalification by Politecnica is based on an innovative use of HBIM, the Heritage Building Information Modeling, for a new approach to the philological restoration of historical buildings.

The Villa, a building of considerable historical and architectural value, symbol of Mantua territory, was commissioned by the Strozzi family of Florence between 1630 and 1700; it is the result of transformations that took place from the sixteenth century to the present time. The building expands, starting from the first central nucleus, by means of subsequent enlargements works until it reaches its maximum splendor, in late 17th  – early 18th century, when it is restructured and decorated with valuable paintings and stuccoes. Its current layout dates back to the mid-eighteenth century. A local company, to which the ownership was transferred in 1952, establishes a school of Agriculture in it. In 1974 the Mantua Provincial Administration acquires it.

Safety, as a topic of essential importance in students’ buildings, was among the major drivers in Politecnica design, encompassing:  60% seismic retrofitting, the recovery of plastered surfaces and decorations as well as the functional and perceptual optimization of the spaces to be dedicated to the school. A small private church next to the Villa is also to be requalified and restored, to serve as public conference room for initiatives and events.

The real challenge of this project was to design structural interventions compatible with the value of a highly decorated cultural asset. Thanks to the continuous collaboration between restorers and structural designers it was possible to offer solutions safeguarding the elements of historical value of the building, while assuring the adequate safety standards.

The use of BIM, which is essential both for the graphic rendering of the state-of-the-art and of the project, and for the restoration interventions mapping, provided a better understanding of the three-dimensional geometries and greater efficiency at design stage, by automated repetitive activities and effective prefiguring of the design idea. 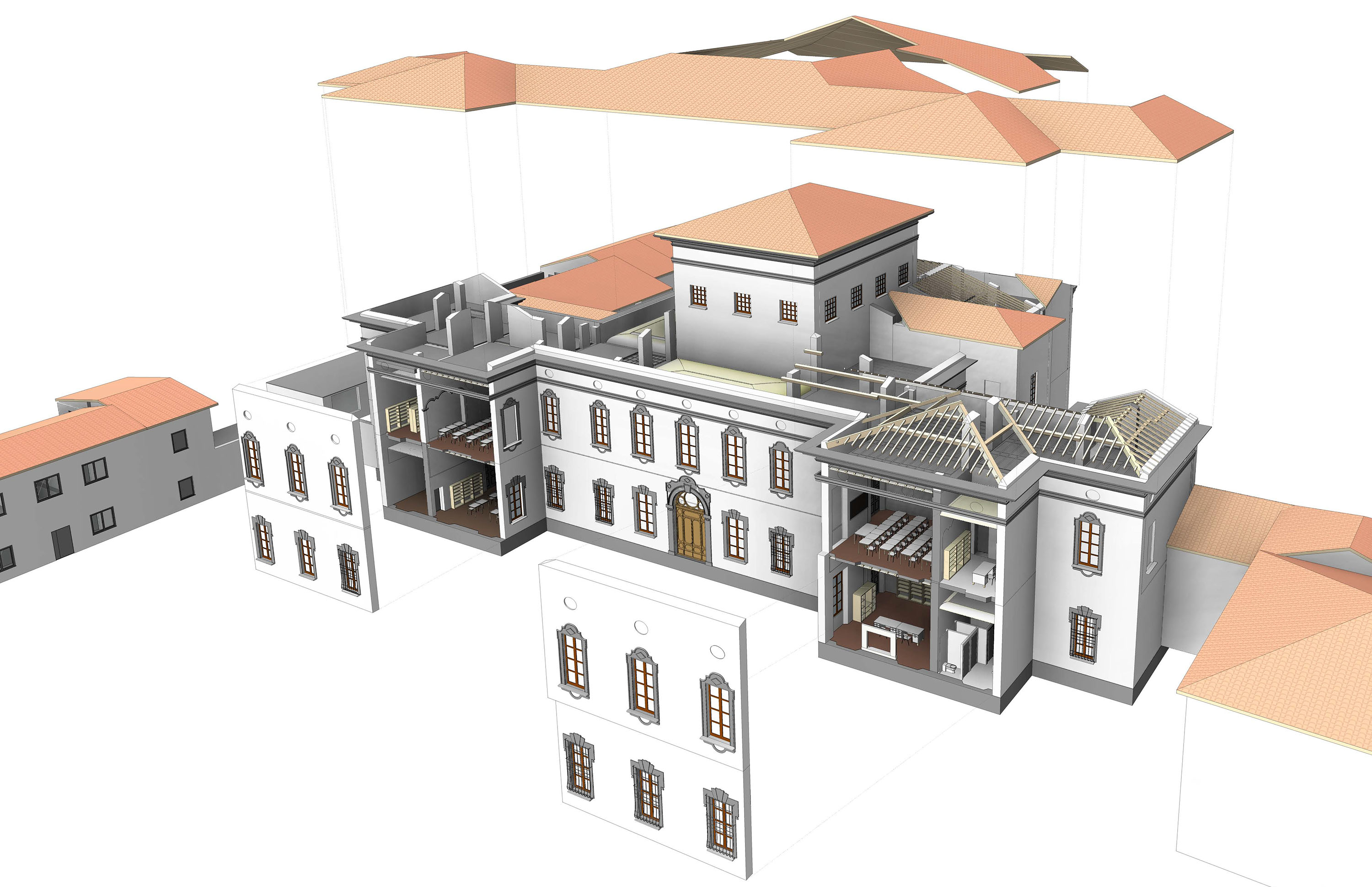 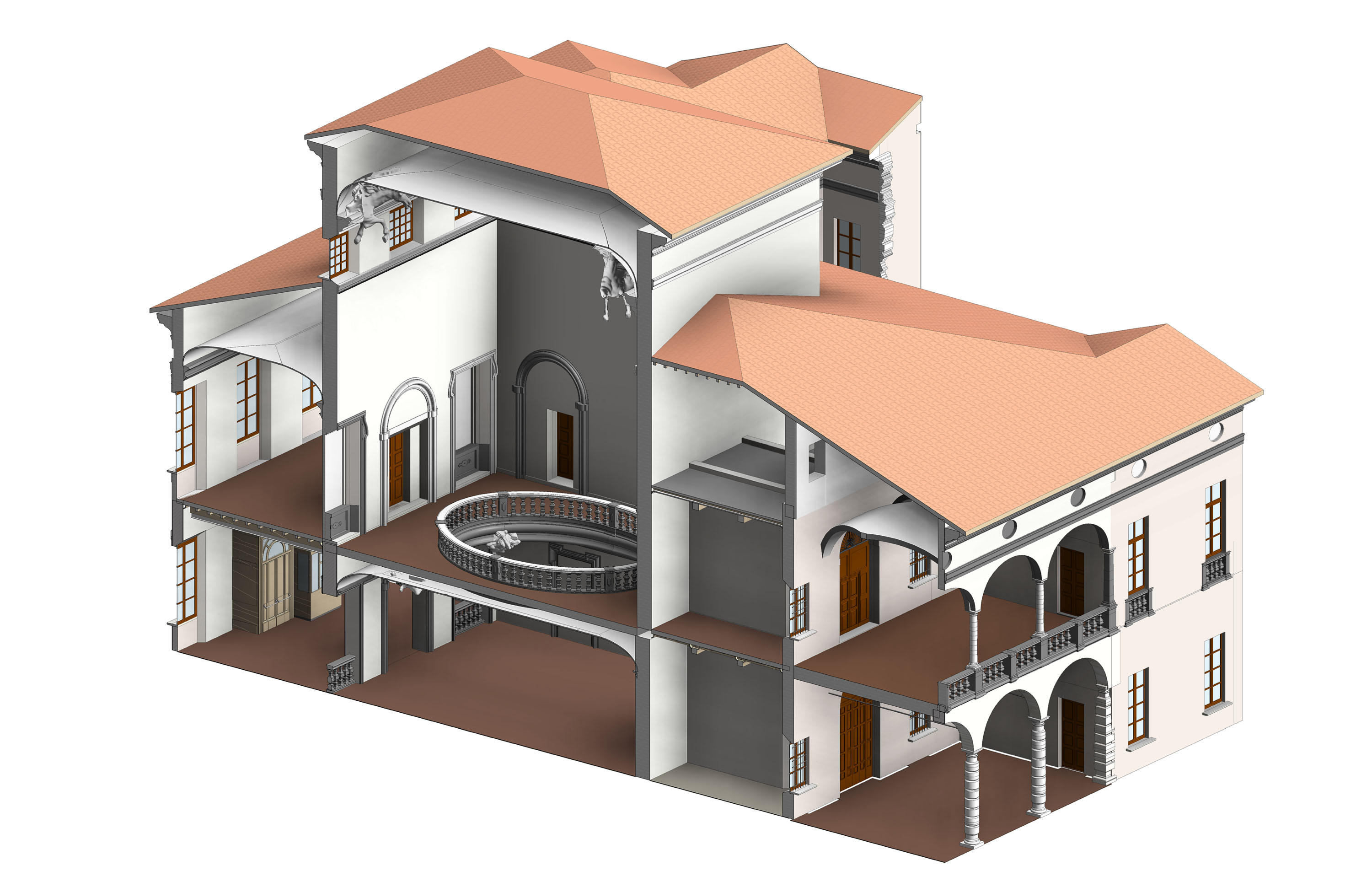 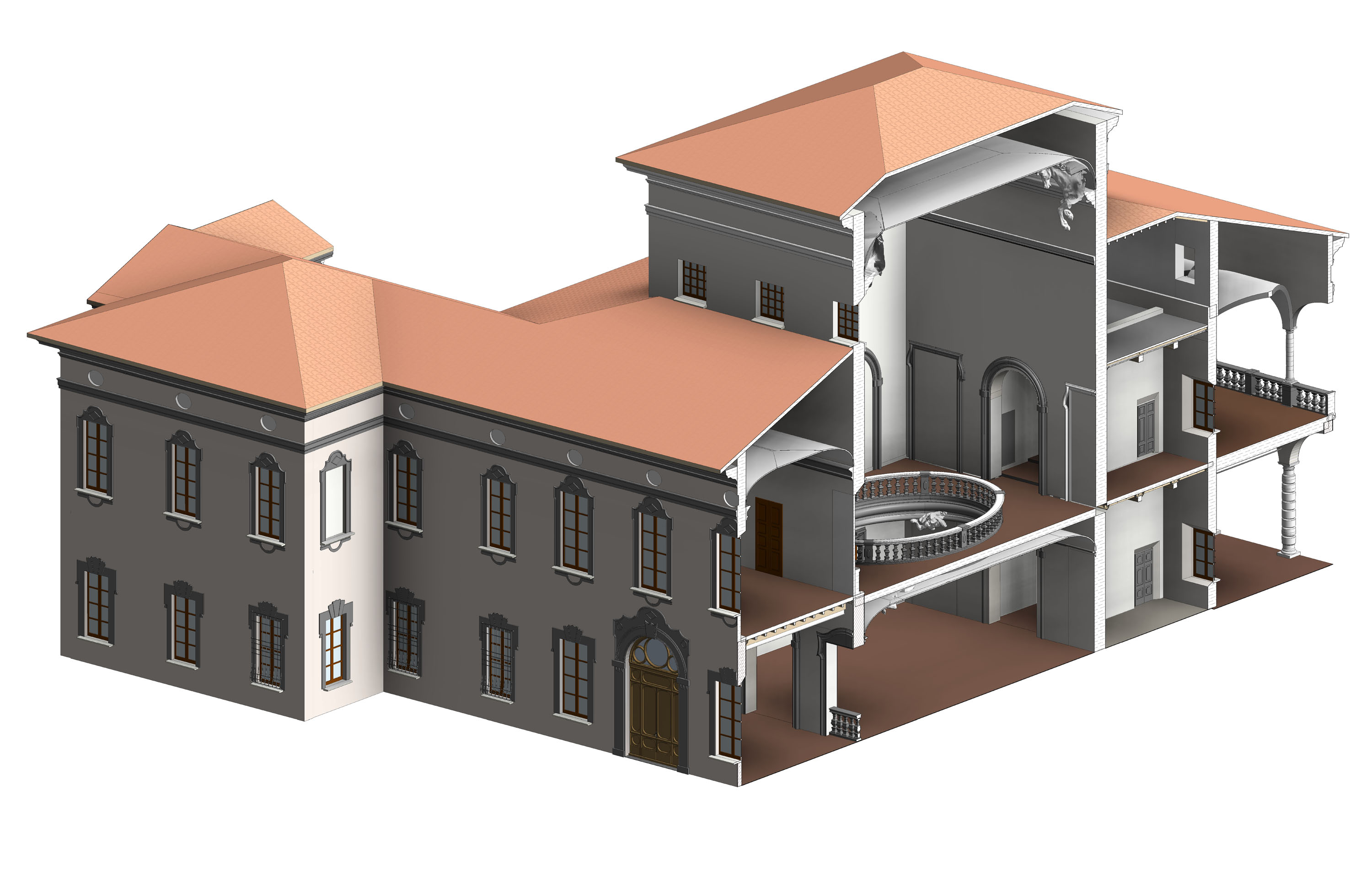 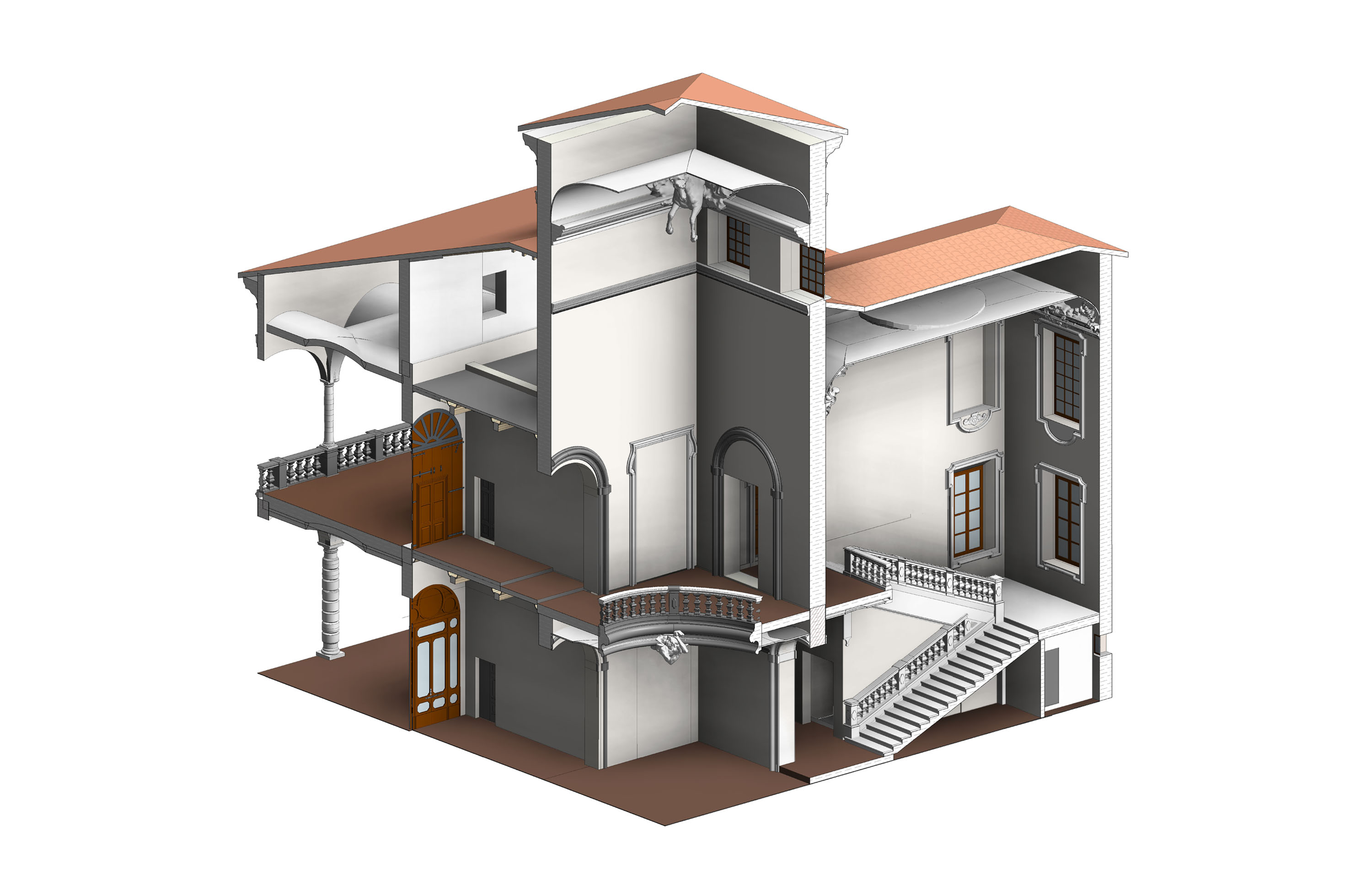 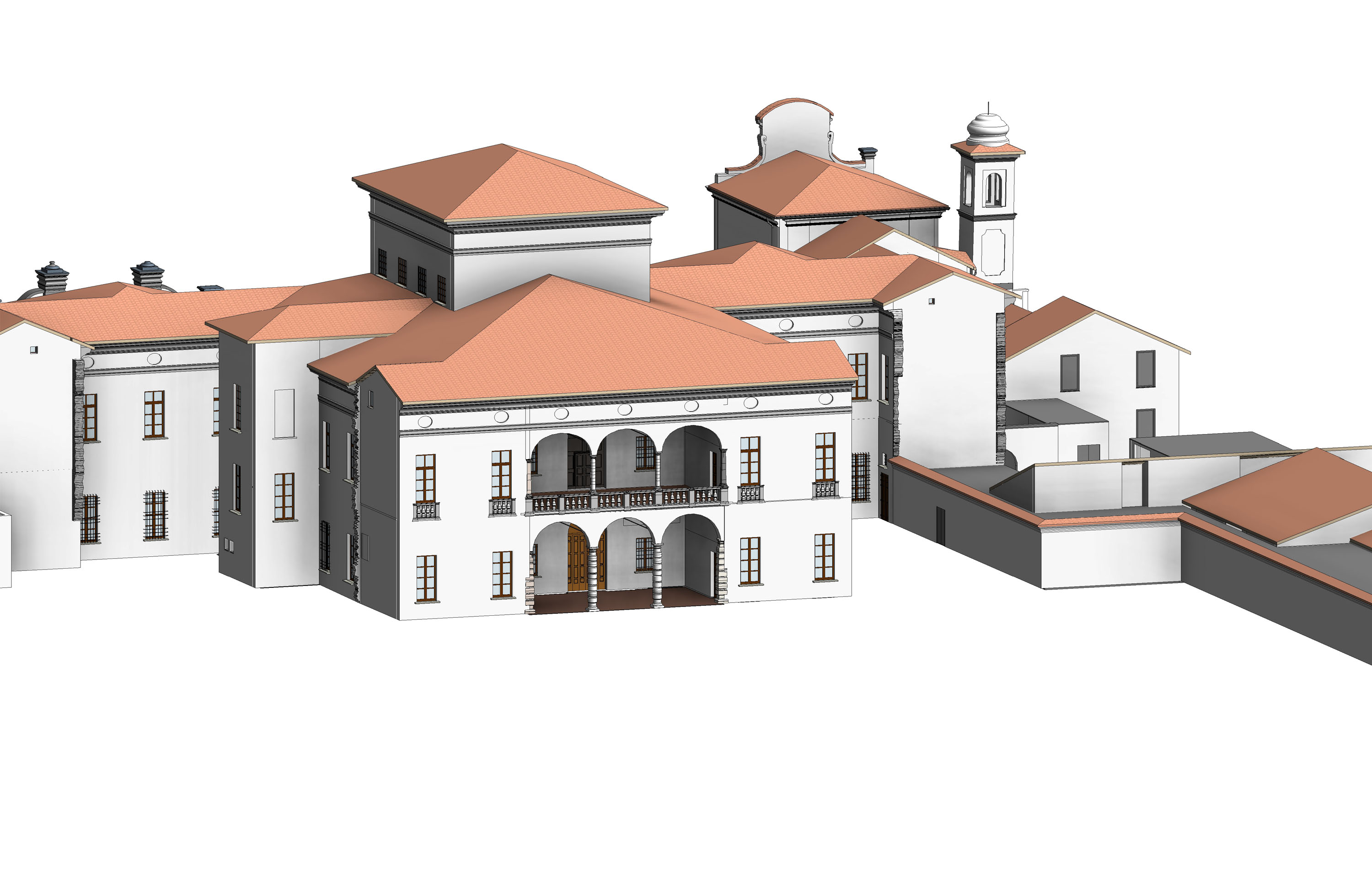 Each element of the model was associated to the materials catalogued during the survey phase, to the parameters relating to the degradation type and the corresponding action; the quantities were then extracted for calculation purposes. At analysis stage and for maintenance purposes, the availability of a single container for the information was crucial, to the benefit of the preservation of the historic building and the overall quality of the restoration works.

Once completed, the project will have a strong social impact: the spaces that since the 1950s have housed the classrooms of the Piero Strozzi School for Agricultural Sciences, which could not be used since 2012 earthquake, will be returned to the students.